The Long Way Down ~ A Guilty Pleasure of Dark Fiction, an Urban Fantasy Review 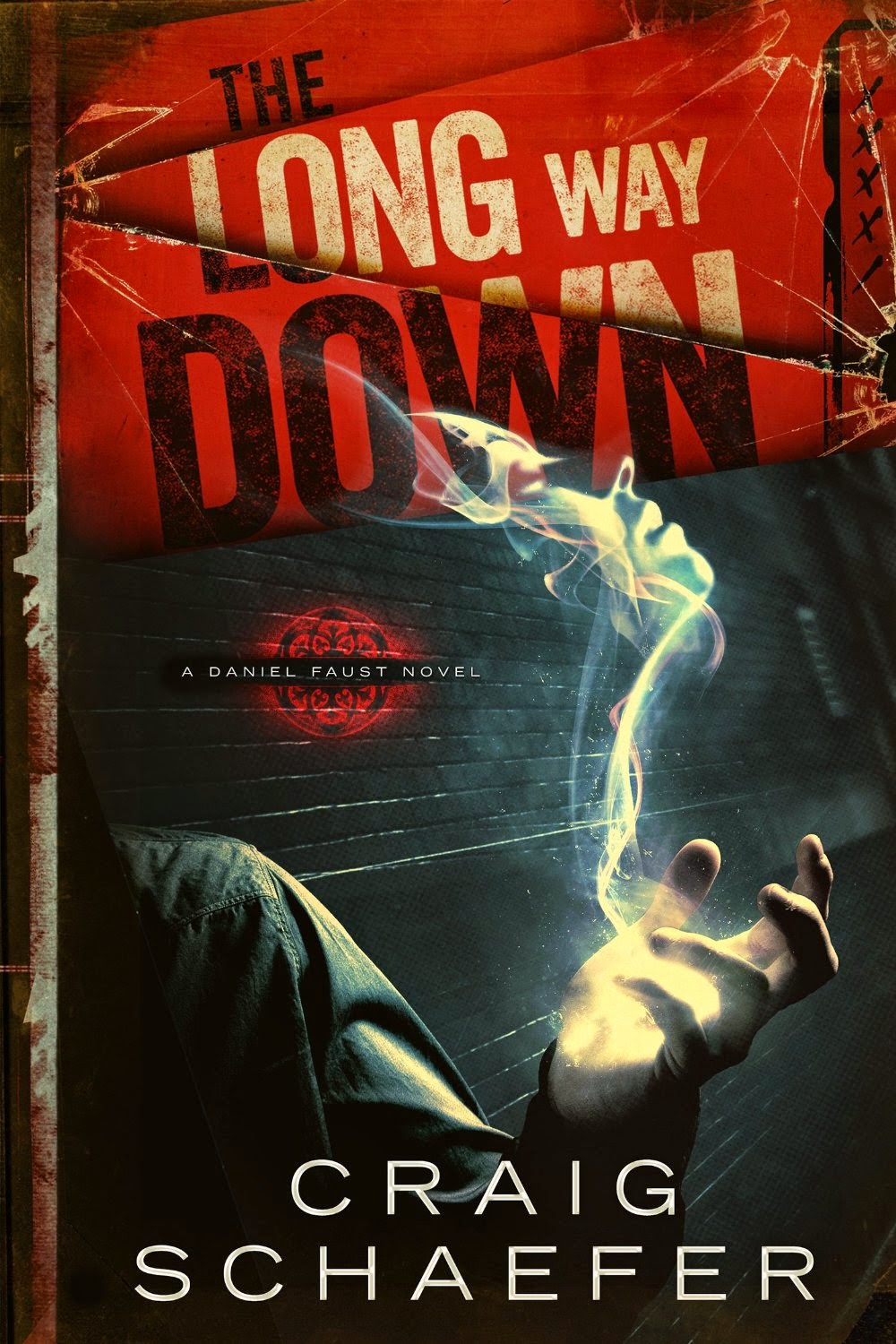 The Long Way Down (Daniel Faust #1)
by Craig Shaefer
Amazon  http://ow.ly/GMA1r
Goodreads  http://ow.ly/GMAd0
Nobody knows the seedy underbelly of Las Vegas like Daniel Faust, a sorcerer for hire and ex-gangster who uses black magic and bullets to solve his clients' problems. When an old man comes seeking vengeance for his murdered granddaughter, what looks like a simple job quickly spirals out of control.
Soon Daniel stands in the crossfire between a murderous porn director; a corrupt cop with a quick trigger finger; and his own former employer, a racket boss who isn't entirely human. Then there's Caitlin: brilliant, beautiful, and the lethal right hand of a demon prince.
A man named Faust should know what happens when you rub shoulders with demons. Still Daniel can't resist being drawn to Caitlin's flame as they race to unlock the secret of the Etruscan Box, a relic that people all over town are dying -- and killing -- to get their hands on. As the bodies drop and the double-crosses pile up, Daniel will need every shred of his wits, courage and sheer ruthlessness just to survive.
Daniel Faust knew he was standing with one foot over the brink of hell. He's about to find out just how far he can fall.
THE REVIEW: ★★★★★
As a fan of dark fiction from the likes of Dean Koontz, Clive Barker, and Jim Butcher, this novel was precisely the kind of book I get into. I found all my favorites within these pages.
Daniel Faust is a gifted sorcerer with a dark, violent, troubled past and a knack for biting off more than he can chew as a private investigator. Faust's character walks on the perpetual crumbling edge of hell, often doing the wrong thing for the right reasons, and makes for such wonderful dark fiction reading. Craig Schaefer struck a genius balance of the ever-darkening grey moral fiber of Daniel Faust, a man who just might surprise you when he does the right thing once in a while.
Faust faces corrupt cops, half-demon mobsters, sorcerers delving in the blackest of magics, a pornographer with a succubus on a leash, a well-organized group of religious fanatics, and steps squarely in between the forces of heaven and hell to avert apocalypse -- with nothing more than a few cards up his sleeve ... and his friends, of course.
Faust's friends are the oddest bunch of conjurers and sorcerers ever assembled at a Vegas convention. Faust's new girlfriend pulls his ass out of the fire a few times, but dating The Hound of Hell has its consequences.
Fans of paranormal suspense, horror, thriller, urban fantasy, or dark fantasy will be glad they found a new series to enjoy with Daniel Faust.
FIVE STAR PARANORMAL BADASSARY

The Long Way Down is also available for a limited time in a kickass box set of dark fantasy and paranormal suspense, THE SHADOW BOX:

Explore The Dark Side of Urban Fantasy – Paranormal Suspense with THE SHADOW BOX from NY Times & USA Today bestselling authors.

***A limited offer at a steeply discounted price – only available until Feb. 2015 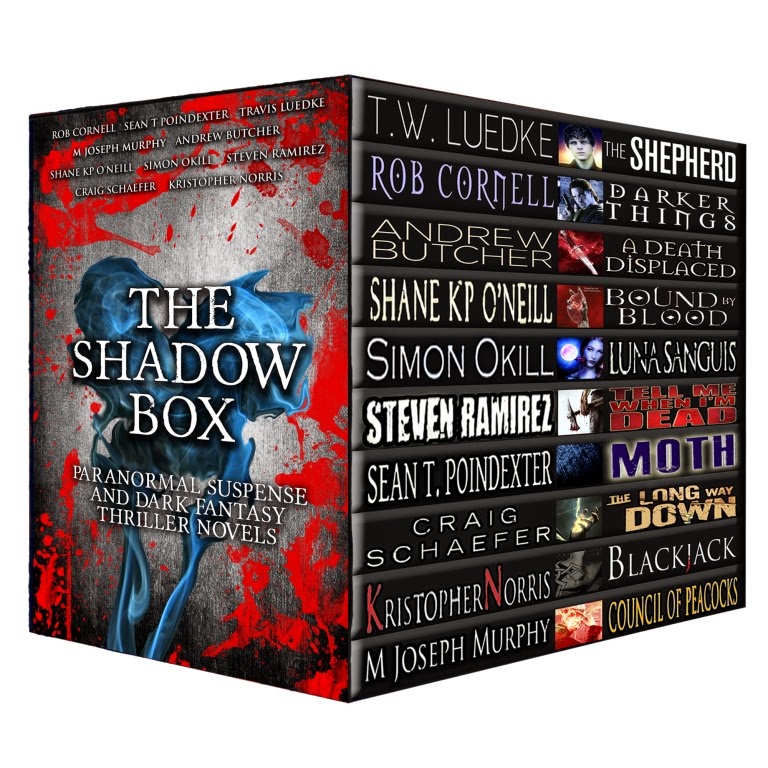